We often hear of dementia as a debilitating worldwide problem of our ageing population.

Dementia actually isn’t a specific disease but it describes a group of symptoms affecting memory, thinking and social abilities severely enough to interfere with daily functioning. 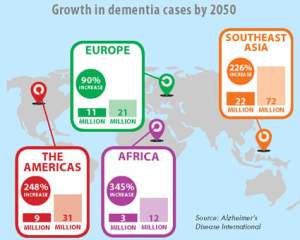 According to the World Alzheimer’s Disease Report of 2015 (1), it was estimated that 46.8 million people worldwide were living with dementia (Asia 22.9, Europe 10.5, The Americas 9.4 and Africa 4 million people).

More than half of these cases are diagnosed as Alzheimer’s disease (AD) making it the leading form of dementia.

Other features associated with the later stages of AD include language deficits, depression, behavioral problems including agitation, mood disturbances and psychosis.

AD is often characterized by the presence of neurofibrillary tangles (NFTs) and neuritic plaques (2).

Neuritic or senile plaques are complex extracellular lesions composed of a core of β-amyloid (Aβ)aggregates due to accumulation of non-soluble fragments of amyloid precursor protein (APP). β-amyloid form these plaques in predominantly limbic regions of the brain which leads to local inflammatory responses and neurodegeneration in brain areas relevant for memory processing (i.e., amygdala, hippocampus and frontal cortex).

The second hallmark of AD is the hyperphosphorylation of the cytoskeletal microtubule-associated protein tau (3). Tau phosphorylation promotes its aggregation leading to the formation of intracellular neurofibrillary tangles (NFT), thereby impairing intra-neuronal communication. 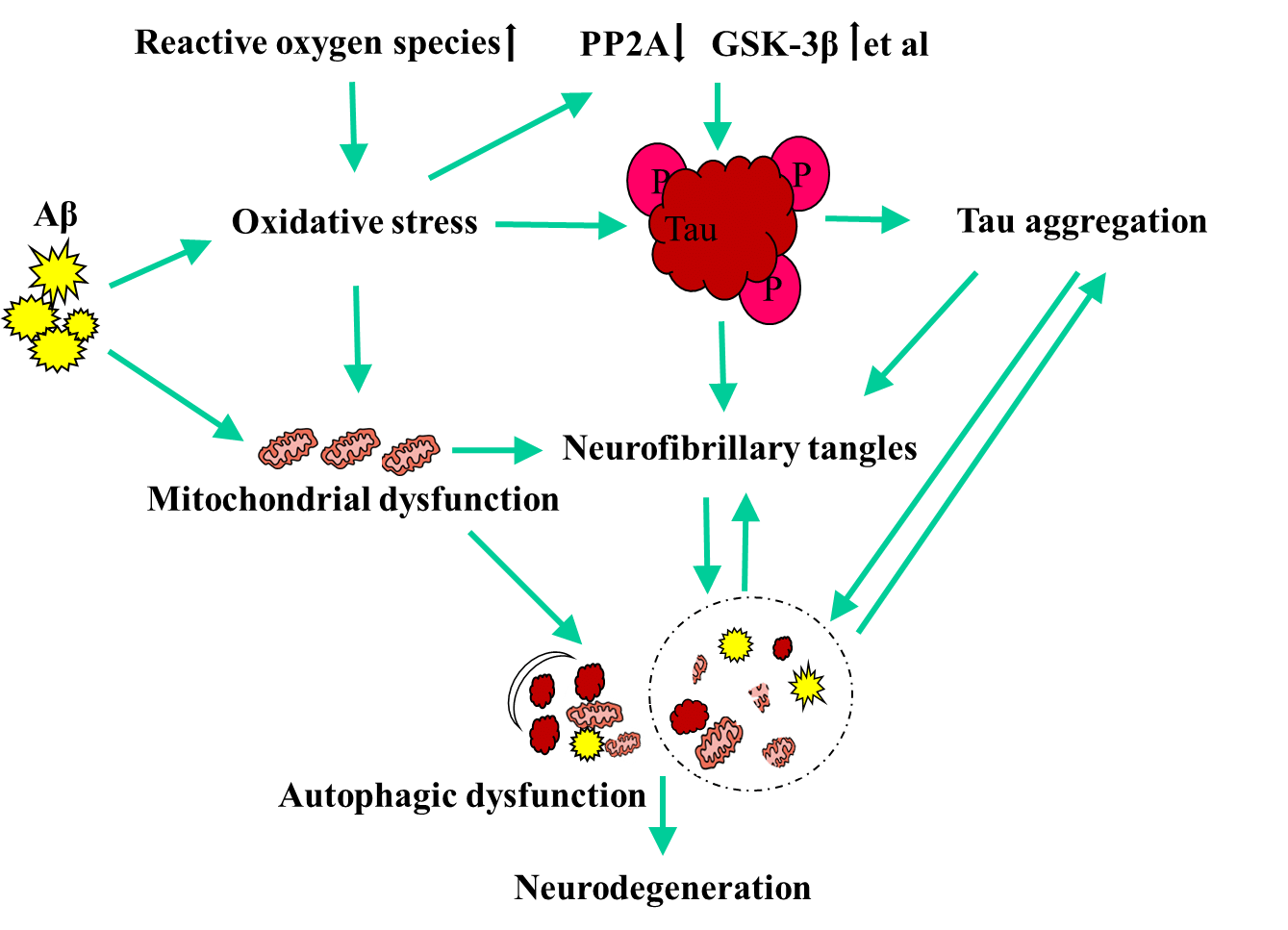 A major neurochemical deficit in AD brains is also decrease in acetylcholine (ACh), a neurotransmitter which plays a role in cortical development and activity and the modulation of cognition, learning and memory (4). We addressed this issue, and how to boost ACh naturally with the right foods here.

Other consequences of AD in the brain are overly activated microglia cells and altered mitochondrial functioning(5) that lead to oxidative stress and production of pro-inflammatory cytokines and chemokines that cause neuroinflammation and neurotoxicity.

AChE inhibitor treatment has been shown to improve the cognitive performance as well as activities of daily living but only in patients with mild to moderate forms of AD (6) and only short-term (from 9-12 months to 5 years).

Donepezil and Galantamine have also been documented to inhibit NO-induced cytotoxicity (via production of radicals and mitochondrial dysfunction) and counteract neuronal cell death (7), which may have contributed to their initial treatment success. Potential side effects include diarrhea, nausea, vomiting, insomnia, fatigue and dizziness.

We have examined in another article “How to decrease the side effects of Alzheimer’s Disease medication with diet”.

Other drug therapies for AD include nicotine, melatonin, oestrogens (8) and an N-methyl-D-aspartate receptor antagonist named Memantine. (9)

Moreover, although there was a close association of the use of non-steroidal antiinflammatory drugs (NSAIDs) and a lower incidence of AD, patients suffered from withdrawal syndrome as a result of gastrointestinal toxicity, so also this therapeutic option has given little promise. (9)

Unfortunately current AD drug therapy is ineffective and only provides a short-term delay progression of AD.

How do cannabinoids help with AD?

CBD has many modes of action that have been found to be beneficial in AD.

We have introduced the anti-inflammatory & anti-cancer effects of CBD in other articles: “The most effective agent against metastasis” and a video “Cannabis in molecules: CBD”

This cannabinoid has been shown to have neuroprotective properties against Aβ peptide (10,11), preventing memory deficits (12).

Moreover, CBD inhibits tau protein hyper-phosphorylation through the reduction of the phosphorylated active form of glycogen synthase kinase 3β (GSK-3β), one of the known tau kinases, which results in the reduction of neuronal apoptosis (neuronal death) (13).

Additionally, the well known anti-inflammatory, neuroprotective and anti-oxidant effects of CBD are proving to be key in preventing further degeneration. (12,13,14,15). 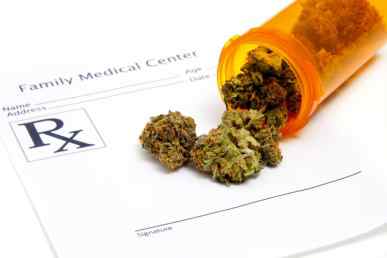 In experiments carried out in-vitro, THC promoted the survival of neuronal cultures exposed to Aβ peptide(11,16). Aβ plaques have been found remarkably reduced when exposed to THC, which acted by significantly increasing the expression of neprilysin, an enzyme which degrades Aβ peptide (17).

A study published in 2016 which was done on human neuronal cells showed that from all the compounds tested (endocannabinoids, synthetic cannabinoids, other compounds), THC was the most potent CB-1 agonist (EC50 below 50 nmol/l) and that it was neuroprotective.

This study showed that cannabinoids are able to prevent the accumulation of intraneuronal Aβ, reduce the production of eicosanoids and block nerve cell death (19). 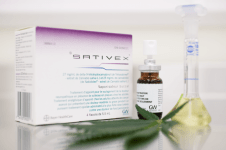 Studies done with Sativex, a 1:1 mixture of Δ9-THC and CBD, have shown marked reductions in neurofibrillary tangles, microglial activity, free radicals and damaged mitochondrial activity, which further confirmed the potential of cannabinoids in treating Alzheimer’s Disease. (20)

There have been very few clinical trials done on this subject; The ones that were done used synthetic cannabinoids and not whole plant extracts. A recent open label pilot study with 10 patients reported significant decrease in factors such as delusions, agitation/aggression, irritability, apathy, sleep and caregiver distress (21).

However, there is countless anecdotal evidence which shows very promising and nearly miraculous recoveries in various AD patients. 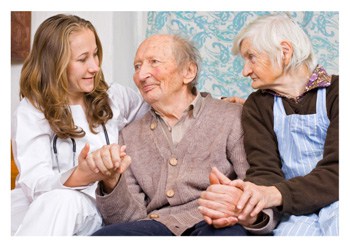 In the case of an elderly gentleman, who did not communicate with people and who was, as described by his family, “in his own world”, the changes after only one and a half month of microdosing cannabis wholeplant extract therapy (2:3 THC:CBD ratio) were astonishing. He started communicating normally with family members, he felt much better and, much to his whole family’s surprise, he started to play the accordion again.

Another case of a 70-year-old gentleman who also was hard to communicate with, and was in apathetic state, had similar results. After a month of microdosing wholeplant extract therapy (high THCA and neutral cannabinoids), besides his improvement in sleep and overall wellbeing, he started talking more comprehensively and after 3 months of therapy his wife could not stop him from talking.

These are just 2 cases among many others that have shown  the healing potential of cannabis extracts, not only in alleviating the symptoms and stopping the disease from progressing, but also in reversing many lost abilities and giving patients and their families a sense of normality.

If you are currently caring for someone with AD, we wrote something for you  here.

With an ever growing elderly population, neurodegenerative diseases are on the rise and conventional medicine does not have a true solution for this major problem.

Cannabinoids, with their neuroprotective, antioxidant and antinflammatory properties, have been shown to have a myriad of effects on the symptoms, halting and reversing of this debilitating disease.

Research in this area has given us a better understanding of the mechanism of action of cannabinoids on the major issues involving AD. 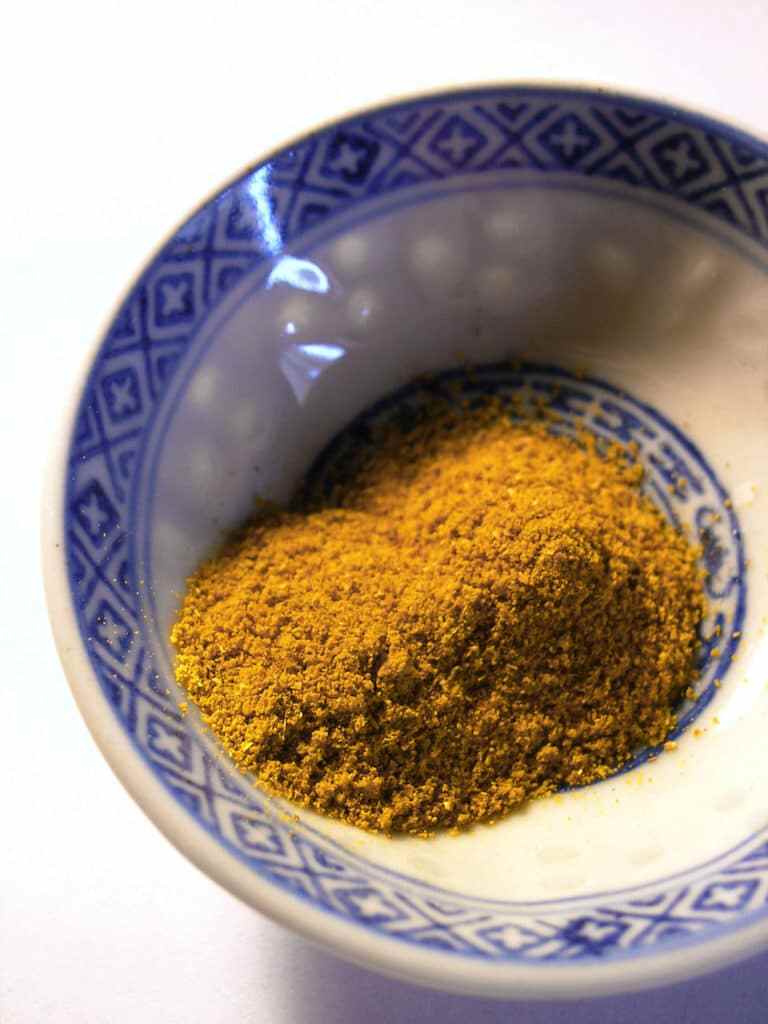 It is safe to say that treating AD with whole plant cannabinoid preparations is an effective strategy along with a proper diet and use of neuroprotective functional foods, discover which ones here. (22,23,24).

As research has demonstrated, even very small doses have a positive effect, so preventive cannabinoid therapy with microdosing should be considered for people over a certain age or prone to this kind of degenerative diseases.

We Are Mary Jane: Women of cannabis

“I want every woman to know that there’s a place for you in this industry, and there will never be a better time to find it” - Jane West, founder of

Cannabis careers: How to be a cannabis communicator

Call it a greenrush: with legalization fast approaching in Canada, and the ACMPR already well underway, the cannabis industry is attracting a wide variety of job-seekers and entrepreneurs. For the ...